Here are my Thoughts on Creationism. There are some good points here. I have never said that Creationism is History, I have said it is Philosophy – i.e Worldview.

Creationism is Not Science

It is also very important for everybody to understand that Creationism is not science. Centuries ago, science was pretty much a synonym for knowledge. Nowadays, Science means something narrower and far more specific. Primarily it means the Scientific Method—which is a seething broth of speculation, hypothesis, experiment, analysis, and conclusions.

Secondarily, Science is about models, e.g. mathematical models, or descriptive models, and not necessarily about truth. And as such, the concepts of natural and mechanistic have a large defining role in Science. One could go so far as to say that SUPERnatural cannot ever be science.  That would throw the Scientific Method on its head. We have all seen and understood the cartoon of the mathematician scribbling on a blackboard – many equations and diagrams to the left (which are apparently the beginnings of his argument or proof), and many more on the right (presumably the conclusion), and then a big cloud in the middle with the words “a miracle happens.” 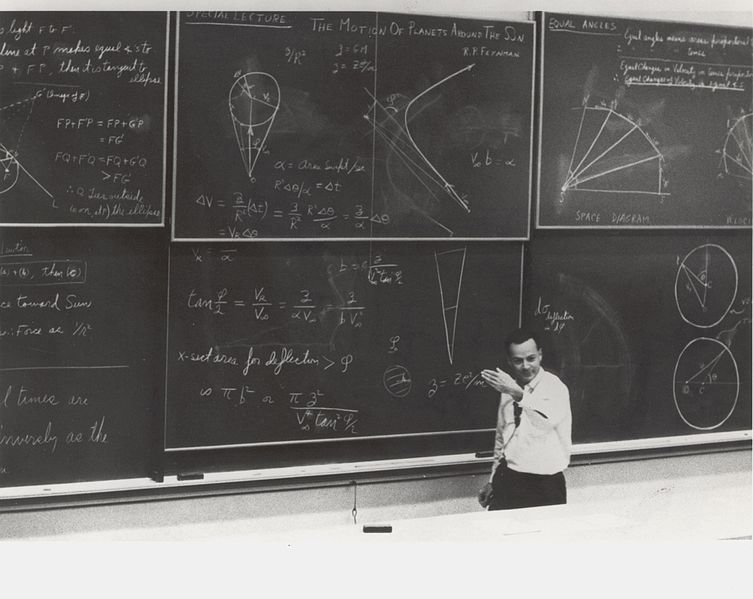 The same logic applies to Science in general. No progress in any discussion of these topics can be made until everybody “gets it.”

Finally, it is important to understand that in a very real sense, Science is what Scientists do. Science is not an objective category created by God. It is an artificial man-made category and therefore men get to define its boundaries and subject matter.

Since the early 1900’s (and the advent of Quantum Mechanics, in particular), Scientists have largely come around to the idea that the models they use may not be actual core truth but only computational conveniences. The criteria for success has ceased to be some sort of beauty or truth but practical results.

Quantum Mechanics may or may not be “true” but many things you use every day were discovered or invented by turning the crank on QM equations. And no competing theory does better. Therefore QM is currently The Theory of physics. There are many holes. Physicists would say this does not prove it wrong, just that there are areas for further research and analysis.

Similarly, Evolution is The Theory of biology. Again, holes prove nothing, just areas for future PhD theses. And like physics and QM, Evolution is used because it works and there is no better alternate theory. Medicine (esp. pharmaceuticals) are particularly dependent on theories of evolution.

The Limits of Science

The important thing is that Science can neither prove nor disprove religion or creationism. We very quickly get into a philosophical realm in which we think about sources of knowledge, definitions of truth and reality, etc. There are philosophical schools of thought in which truth and reality are largely denied, in favor of perceptions and transient concepts and models.

There is another school of thought in which the philosophers believe that Science and reality are the same thing and that no other definition of reality makes sense. These are the people who hate religion and Creationism the most.

Listen carefully and deeply – this is NOT a scientific principle and is not science. It is philosophy.  i.e. it is somebody, who according to his philosophy and worldview, believes Science is all there is. This opinion is no more or less valid than someone who believes there is more than science.

I would love for there to be required curriculum, starting no later than high school, that deals with these philosophical issues.

What then? It still proves nothing. It just means, if all this stuff were created several thousand years ago, with distinct species, etc., that God created things already aged, i.e. “already in progress”.

Most even radical church goers and extreme bible thumpers believe Adam had a belly button and adult teeth, etc. and trees had tree rings. The critical question is what a Scientist would say if he visited the Garden of Eden soon thereafter. He would be interested in what the evidence was telling him. There would be no place in his logic for “a miracle happened a few days ago”.

Finally, let’s take the Religionists and Creationists to task. Their fault has been (for centuries) of attempting to use worldly knowledge and “science” to prove religion. This is a fatal approach for many reasons. Foremost include: Worldly knowledge and science is ever boiling, seething and changing. Therefore not suitable for dogma, and non-scientists (including priests and popes), usually get even settled science either wrong or off-kilter.  And then there have been numerous battles between Science and Religion over the centuries and Science always wins!

Even in the estimation of the Religionists. For instance, consider the heliocentric theory of the solar system. That used to be the very worst and most hated heresy. Now, everybody agrees it is true.

Bottom line to all these thoughts on Creationism:

A Few More Thoughts on Creationism

PS: The reason Religionists hate scientists is a little weird in my opinion. In the old days, Religion was boosted by having many unknowns and mysteries. This was used to brainwash the great illiterate masses that a god (The God) must surely exist to create and/or control all these mysteries.

As more and more mysteries get explained by Science, the church loses this argument. It is my strong opinion that the church erred greatly in this approach. Shot themselves in the foot actually. You must believe in God for reasons of faith, and love, and salvation – not because you cannot imagine how a planet can roll around on its own without an angel pushing it.

PPS: Having been raised in a very strict and fundamental manner, and having been taught by, and having taught at, an Adventist college science department, I am very sympathetic to the views of the Creationists – as Fact, as Philosophy, and as History. But I think they are their own worst enemy in their chosen tactics. Creationism is not, will not, and cannot ever be science. Just leave it alone already. The best and only way to deal with the issue is via the channel of philosophies, beliefs, and worldviews.

To make it even stronger, it does Creationism no good whatsoever to criticize evolution or even proving parts of it wrong. People wrongly want to make it a two- party game: i.e., there are only two competing theories and one is right and the other is wrong.

They cannot both be right. Under this scenario, proving evolution wrong then of course bolsters Creationism. But that is a very wrong – and frankly, very amateur – set of assumptions. (There are many versions of Creationism – ranging from exactly specific, to largely allegorical.

Similarly, there are a nearly unbounded number of possible evolutionary versions, and likely even other mechanisms not yet enumerated.) Even if you could prove ALL of evolution wrong, scientists would still not embrace Creationism. I can also credibly be extreme in the other direction.

Evolution, like Quantum Mechanics, is almost certainly “wrong”. But both will evolve (no pun intended) and someday we will be using newer and improved theories. But I can be 100% certain that there will be nothing “supernatural” in the new theories. Scientists are not interested in non-repeatable and non-experimental miracles. Only analyzable natural events.

The following is published here with the permission of the author. It was taken from a couple of emails and was not intended to be a polished essay. Nevertheless the author is quite articulate and what he says is definitely worthy of consideration. It started out as a reaction (sent to a friend) to this news article and in particular to the second reader’s comment (“Philip M., Australia, 21 September 2011”). Other than to fix a few trivial typos I have left the author’s words unchanged.

Get the Paper: Thoughts on Creationism

< Language and the Creation of Reality > Thoughts on Assumptions: In The Beginning