Let’s look at SDA doctrines and the religious language used to give meaning to Adventist doctrine. Here we will explore the relevance of the signs and symbols and their role in shaping our worldview.

To get some background on this discussion you may wish to read SDA Doctrines: What to Do?

We communicate information within a construct or system by means of “signs” and “symbols:” words, sentences, etc. According to the discipline of semiotics, human beings are “meaning makers.” In the process of meaning making, linguistic signs, words and speech signify what is beyond their mere forms. That is to say, they have no meaning in themselves; thus the relationship among signs and their meanings is constructural and highly psychological.

Furthermore, when they are endowed with meaning, it is contextual. Words have different meanings in different contexts. Think of how many meanings words like “open” and “shut” have depending on context. Any image, word, or mental construct, be it story, or by arbitrary extension doctrine, becomes functional when a meaning attaches to it. A doctrine is not a description of the empirical world or even of a biblical message or idea; the doctrine creates the reality, or the meaning of a biblical text. If this is so, then linguistic signs can take on different meanings when circumstances demand them. This perspective on language is useful when we consider the possibility that doctrines may take on different meanings due to what they sign in situations other than those in which the meaning originated.

It is doubtful that form can be completely separated from content, so the formal aspect will retain some representation even though the content changes. Examples might include how the “fear of God” is never really lost theologically even though God is said to be a God of love; or justice is still demanded though God is merciful. A change in doctrine may be coextensive with a change of world views; from a precritical world view uninformed by science and history to one in which science and history play an appropriate role.

Insight informed by science and reason

What we know of reality is dependent on the way our minds work to create a picture from the noise and unorganized data surrounding our narrow focus within a more extensive unknowable context. The scientific and rational mind is not perplexed with the resulting uncertainty because it is simply the case that with our limited brain capacity and focus we can know no more than our minds and our senses, which receive information, are able to process.

If this claim is the case, then the fundamentalist doctrine of revelation and inspiration which was formulated to guarantee the infallibility of the biblical text, but which also resulted in sanctioning an ancient mythical world view contained therein, will have to be transformed to make it understandable as theological imagination or insight informed by science and reason, but not necessarily limited to them.

Inspiration will define the creative spirit and quest of the human being responding to the mysteries of life and the world; and rather than being understood as knowledge attained supernaturally which bypasses the rational and scientific processes, revelation will be understood as embracing salvation, a perception of deliverance, or new life, rather than “new light.” Appeal to a supernaturally inspired revelation not only diminishes the human capacity for freedom but is a means of circumventing the hard work of reason, experimentation, and discovery. Because revealed knowledge is considered certain rather than provisional, no scientific or rational argument is allowed to be effective against it. It is immune to experimental falsification.

SDA Doctrines: What to Do?

The problems with SDA Doctrines are long standing. Now, is a good time to consider what to do about them. For years now, Adventists have had to face the troubling factors associated with our doctrine. Unfortunately, for some, these issues with SDA doctrines lead them away from the Church.

Forty years ago, while working on my doctorate, I was with a group of students in the student lounge at the University of Edinburgh discussing apocalyptic literature. An Australian Ph.D. student, familiar with SDAs in Australia, made a not-too-complimentary comment about our peculiar apocalyptic take on the future and on the Doctrine of the Sanctuary based on our interpretation of Daniel 8:14. 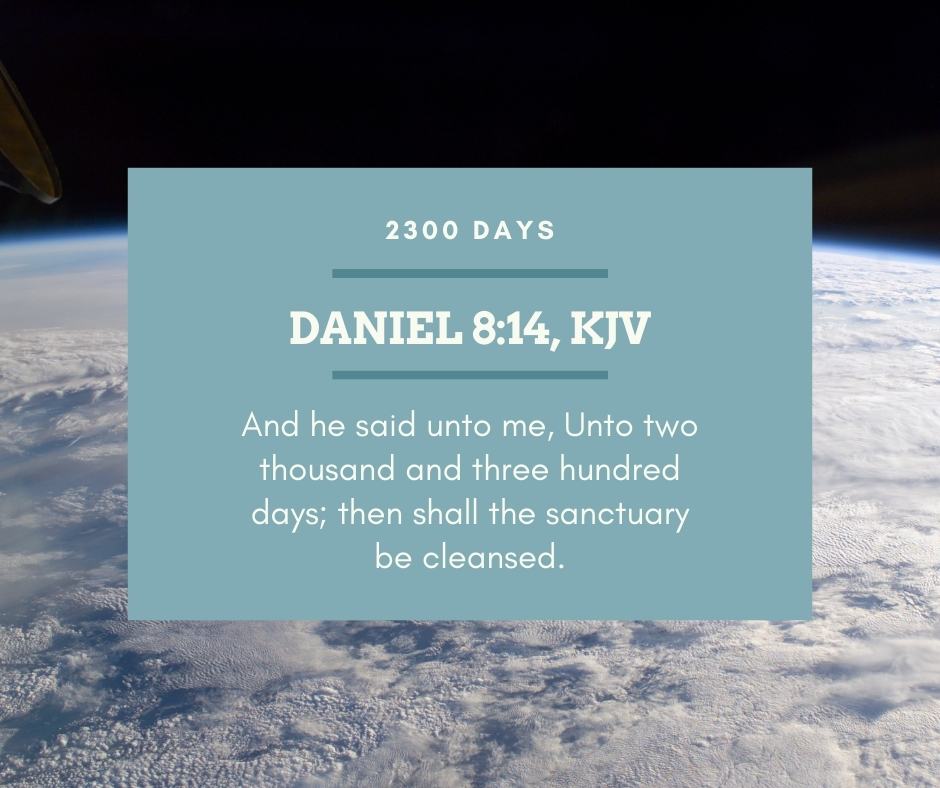 The conversation turned to discussing Seventh-day Adventists from the earliest critically uninformed interpretations of the books of Daniel and Revelation to our present-day exclusive understanding of SDAs as the Remnant awaiting salvation at the apocalyptic Second Coming of Christ.

Excluding myself, the Australian was obviously the best informed about Adventism, and the most curious, even though there were several denominations represented by the students in the group. I was beginning to feel a little uncomfortable with his remarks and questions. Everyone there was knowledgeable on apocalyptic literature and quickly saw the problems a historical critical understanding of those books posed to an interpretation made by a minimally educated New England farmer who was expecting the end of the world and standing at the beginning of a movement that eventually became the Seventh-day Adventist Church.

How does a denomination, developing theology from within a literalist view of the Bible and adopting a method of sola scriptura, come to terms with historical critical views on Daniel and Revelation and still retain a doctrine based on a pre-critical understanding of their messages?

Perhaps in desperation, I said something spontaneously that everyone seemed to have no problem with:

I had faith that the church would eventually accommodate a critical perspective and adjust its theology accordingly. That did not mean scraping its doctrines, at least not the major ones, no matter how they were informed, but identifying the existential concerns embodied in the doctrines, then translating them into contemporary religious, social, and political existential expressions.

It is doubtful that any group, despite its claims to the contrary, ever approached the Bible as a repository of truth without being influenced by social and historical contexts in discovering what belief and practice should be. Rather, the Bible is approached to discover what it says about present issues religious communities face. That is why it seems to be a repository of knowledge on everything: the Papacy and Soviet Union, they are there in prophecy; Capitalism and Social Security, they are there, etc.

The theological understanding of nineteenth century Adventists was formed by a precritical mythical world view and expressed in the language of Scripture. Now, I argued, that expression had to be transformed into language informed by historical critical methodology; it had to be understood within a new world view. But it did not mean completely abandoning the language of those identifying what the church believed.

My Understanding on SDA Doctrine

To me it meant transforming doctrine, in this case the Doctrine of the Sanctuary, into an Adventist philosophy of history, a history in which Christians, and in this case, Adventists in particular, proclaimed their understanding of the Gospel which would move history in the direction of God’s purpose.

Although today, I would revise some of it, basically it emphasized bringing the world into moral judgment by preaching the Gospel, in particular the message of the third angel, with which Adventists identified. It meant confronting the world with the moral failures (sins) of the past and present and offering the forgiveness of God. Read my ideas on theology to see what I mean.

Everyone involved in that discussion in the student lounge recognized the dangers of identifying what God’s purpose might involve. My idea might encourage religio-political tyranny by divine right. But we also knew that sooner or later, every critical thinker has to admit to a measure of ignorance in the construction of every system of knowledge. Also, it was assumed that sooner or later, if the rational operation of the human mind is a requisite property for understanding the world, regardless of limitations, every non-critical system of knowledge, if it is to remain viable, will have to surrender and comply with rationality and critical investigation.

So far, the SDA church has not conformed. Read about Why the SDA Church Needs to Change.

Over the next several weeks, I will explore the exclusive understanding of SDAs as the Remnant awaiting salvation at the apocalyptic Second Coming of Christ as related to the following: